When common sense is no longer common,
And talk is neither cheap nor expensive,
The fun part stays in never knowing,
And fighting for love is nothing short of pathetic.

I love like a tectonic plate crumbling against another,
I reach out to prove my presence until i break us both.
I love like lightning kissing the bottom of an ocean,
A rare moment of beauty that scars everything around me.
I love like that silent earthquake occuring in the middle of a solemn sea,
Visually unnoticeable until the waves engulf the world around you.
I love like being in the eye of the storm,
Calming you with soliloquies until you leave my essence.

GN-007 Arios: No, people who truly love may leave. Any person can be the right person. Any person can be worth the fight. But it isn’t the lovers responsibility to prove that the people they love is worth fighting for, worth staying for. You prove to your self that you love them and you’d fight for them. It’s on their side if they’re really worth the pain.”

As I lay hopeful next to a riddle
Reaching for transition through the depths of my soul
Believing that magic lives through your eyes
I falter, engulfed by the thought of us
Embracing the idea that I could live anew
Gleeful, I cherish the time that I’ am next to you
One more kiss before I long for you.

Captivated by the false promises of togetherness,
We embraced the bliss of pretenses.
Yet you wrapped our hearts in darkness.
Partition became our only weakness. 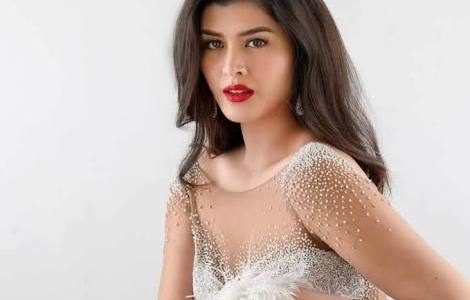 So, a while ago nabasa ko yung mga tweets ni Mariel de Leon regarding the drug war. Don’1t give an F about her comments about El Presidente nor the ones about Ms. Uson. But she made me realize that this is starting to be an epidemic. Dilawan ka man, Dutertard or Free Thinker, lahat ng pactions may sakit nito.

The thing that got me writing about this bullshit is her “comments” on the drug war, on killing, on what she thinks is supposed to be done about it. And of course yung “comments” ng supporters and haters ni Ms. de Leon. See, the point is, thats all there is to these shenanigans, puro comments lang. Everyone is entitled to have an opinion, I get that. But is that really how we promote change? Giving out opinions? Yun na yun? Is that all we’re gonna do? Yap about what should be done rather than leading by example? Para san ba talaga ang pinaglalaban ng karamihan satin? To keep us woke? Tae, matagal na tayong gising. Sa sobrang tagal mas gusto ko ng matulog naman tayo, ng matagal, ng walang gumigising. Loko lang.

I’am against murder, I’am also against letting members of our police force die while serving para ma feed lang ang ego ng mga purista. The drug war has its pros and cons. But blabbing about its good and bad side won’t change anything. To think na madalas pa sa madalas, yung mga maiingay sa social media have only experienced the perils of our country’s drug problems while reading, watching or hearing the news. So here’s something I’d like all these keyboard warriors (Yellow Squad, #Duterte Goals, Free Thinkers, include na natin yung Beauty Queen, sama-sama na kayo) to do, talk to one addict personally, an addict who’s walking freely, yung hindi pa institutionalized, di pa narerehab, yung gumon na gumon pa sa droga, yung freshly pang nakayupyop ng droga at bangag na bangag. Convince that person to seek help. If that person peddles, tell that person that you’re gonna report him to the 5-0s and explain how this is going to be better for him/her. Once you succesfully do that, try doing that to every addict in your entire city. If done and finished right, try talking to every addict in your entire region. Once you accomplish that, do that to every drug addict and dependent to our country. Now, try talking to every person you meet about the drug war, talk about what you’ve done, how you helped solving it. Personal, walang patweet tweet o papost post lang, walang naka harang na screen sa harap mo. Kahit kung yung first step magawa mo ng maayos, irerespeto ko na yung opinyon mo, maniniwala na akong katungkulan mong magsalita at kaya mong baguhin ang bansang ‘to. Unless you’re willing to go out there and do something about it in person, you don’t deserve to talk, so shut the fuck up. Resolving this country’s drug problem was supposed to unite us, not divide us.

Move your mind, move your soul, move your body, before you move your lips……… and your finger tips.

Through the lines
And rhymes
That keep you grounded
You falter,
Like broken boulders,
Like used up matter.
Through the long walls
And darkened mysteries,
You realized
The heart knows no boundaries.